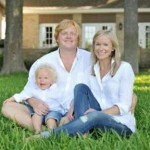 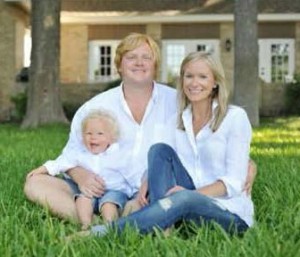 Earlier this year Erin began having severe migraine’s, however being 6 months pregnant, initially thought it was pregnancy related. After symptoms increased in frequency and became more severe her husband Travis took her to the emergency room. An MRI showed that Erin had a brain tumor and underwent surgery the next morning. Doctors were able to remove 95% of the tumor, however, 5% of an aggressive high grade tumor remains.

Currently, Erin is back home (at her parent’s home) recovering rapidly. Since she just had brain surgery and can’t start chemo for another 3 to 4 weeks their unborn daughter (Sunny) gets a few extra weeks to develop before being delivered prematurely at 28 weeks. Erin will begin chemotherapy at MD Anderson shortly after Sunny’s birth.

Erin Shaw is doing well! Doctors can’t explain it, but over the last 6 months, every time Erin has an MRI, it shows that the residual tumor keeps shrinking and is now unable to be measured! The doctor used the term “complete remission,” a miracle and statistical impossibility. The Shaws praise God and continue to pray that this will be Erin’s path to full recovery! “Thank you Clays for Cara for providing for us and being such a great organization!”