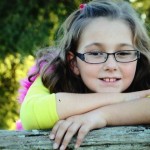 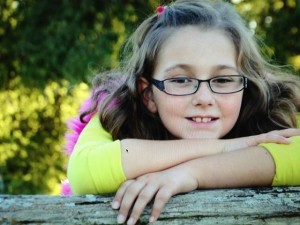 On September 6, 2013 Brea and her family learned that a Wilms tumor had overtaken her left kidney. Doctors determined that her right kidney also had a small tumor. After much prayer and guidance from her physicians, Brea had a port put in on September 9, and she began chemotherapy right away. After 12 weeks of chemotherapy, doctors removed her entire left kidney, a portion of the right kidney and her appendix. On January 1, 2014, Brea began eighteen weeks of chemotherapy and eleven radiation treatments.

We are so excited to announce that Brea Hines is finished with chemotherapy and is doing great! On July 15th Brea had 9 different tests done to confirm she was cancer free and on July 28th was given the all clear by her physicians. Brea is excited about starting school with her friends on August 25th!

Brea Hines was cancer free as of July 2014. She had a great year in 5th grade, but after experiencing pain in her leg and side in May 2015, the Hines found out her tumor had returned. Brea, being the strong cookie that she is, returned to school to finish oﬀ the school year! Brea went through 3 weeks of radiation and handled it like a champ. She is a trooper and will not let cancer keep her down. “We are not sure what’s next but we do know God has great plans for Brea and continue to claim Jer 29:11. We are very thankful for the love, prayers, and support we have been blessed with thru CFC.”